Bee Craft organises a series of Research Lectures which are normally presented at the National Honey Show but that was not possible in 2020, due to the coronavirus pandemic, so the idea arose of a collaboration between CABK and Bee Craft, to host two of the lectures virtually, using the CABK’s webinar platform.

These research lectures focus on early career researchers, usually completing their PhD studies, and we were pleased to hear from Ayla Paul (University of Reading) and Hamish Symington (University of Cambridge) as they described their work.

As rain clouds move across the UK there are subtle changes in the isotopic ratios of both hydrogen and oxygen in the rainfall, changes that are reflected in the nectar secreted by plants and, in turn, the honey collected by our bees.  Additionally, as the underlying geology changes, so do the levels of trace metals in the soil and plants above, which again impacts the honey.  Using sophisticated analytical techniques it is possible to draw up “isoscapes” indicating possible UK locations for honeys with a particular combination of these properties. Further differentiation, looking at the pollen in the honey either by classical microscopy or by the use of DNA metabarcoding, increases the accuracy of the predicted location.  Ayla demonstrated the potential power of these techniques by providing results from honey samples of known origin.

With honey fraud becoming an increasingly worrying trend, such techniques could pave the way to improving consumer confidence in the sources of their honey. 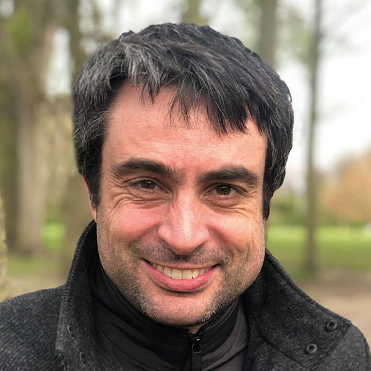 Honey bees are an important member of the many species of insects now recognised as vital to the human food-chain; the insect pollinators. Much of the food we eat relies upon insect pollinators to a greater or lesser degree and Hamish took us on an in-depth examination of the processes involved in both pollination and subsequent fertilisation of the ovule within the plant’s ovary. He presented stunning photomicrographs taken by talented microscopists, showing the development of pollen tubes and how fluorescently labelled pollen could be tracked as the pollen tubes were nourished and guided down the style at speed, toward the ovary. Considering the size of the pollen grain, the ability of the pollen tube in maize to extend at 1cm per hour, for about 20cm, is amazing!

Having reviewed pollination and fertilisation, Hamish tackled the ways in which flowers attract many sorts of pollinators; not just bees and other insects but bats, lizards, birds and even slugs and snails. Shape and colour are important as are scent and texture; several features such as iridescence and UV-absorption are not obvious to us but useful to bees and other pollinators.

Finally, Hamish described some of the work he has been doing with strawberries and their bumble bee pollinators, trying to understand the aspects of flower morphology that can speed up their plant visits and investigating the reward offered in terms of the volume and concentration of nectar. In other plants, huge variations are seen in these two factors which appear to be independent so could be factored into breeding programmes. The aim of his PhD is to investigate floral traits which make flowers more attractive and rewarding to bumble bees, increasing the yield of fruit and supporting stronger colonies – a win-win situation.

This site uses Akismet to reduce spam. Learn how your comment data is processed.