Our lecturer will be Dr. Medhat Nasr, speaking from Alberta, Canada.  He will be talking about the ways in which Canadian bee-keepers deal with the really harsh winters experienced on the Canadian Prairies.

Wintering Bees on the Canadian Prairies

In recent years honey bees across the globe have been challenged from a variety of stressors including the varroa mite, Varroa destructor, nosemosis, lack of nutrition, exposure to pesticides and climate change. These stressors can act singularly or interactively, causing high bee mortality, increased cost of production, and declined supply of healthy bees for crop pollination. 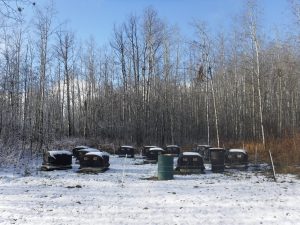 In Canada, we have another unpredictable stressor. It is called “winter”. The honey bees kept in Canadian Prairies are of temperate origin. Prairie beekeepers have to manage them to survive a long cold winter (over 5 months). These management practices simply take advantage of the bees’ ability to thermoregulate their clusters. Many beekeepers around the world think that Canadian Prairie beekeepers winter their bees in igloos, but over 65-70% of the bees are wintered outdoors, 20-25% wintered indoors (wintering facilities) and 10% wintered in Southern British Columbia, Canada.

Wintering practices in Canadian Prairies require special considerations to details and requirements to colony health and conditions. These practices will be discussed.

Dr. Medhat Nasr is a Canadian apiculturist, educator and regulator with over 50 years of experience in both the public and private sector.  He served as Alberta Provincial Apiculturist for 19 years. In 1994 he was the first to introduce the concept of “Apiculture Tech-Transfer program” and established the first program in Ontario as a vehicle to do applied research and technology transfer to beekeepers. 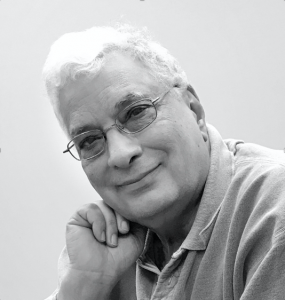 Medhat has passion for teaching. He has conducted many seminars and workshops and has given presentations at many conferences throughout Canada, United States, EU, Australia, New Zealand, Mexico, Japan and Argentina.

He earned B.Sc. and M.Sc. from Cairo University, Giza, Egypt and Ph. D. from University of California, Davis in Entomology – Apiculture.